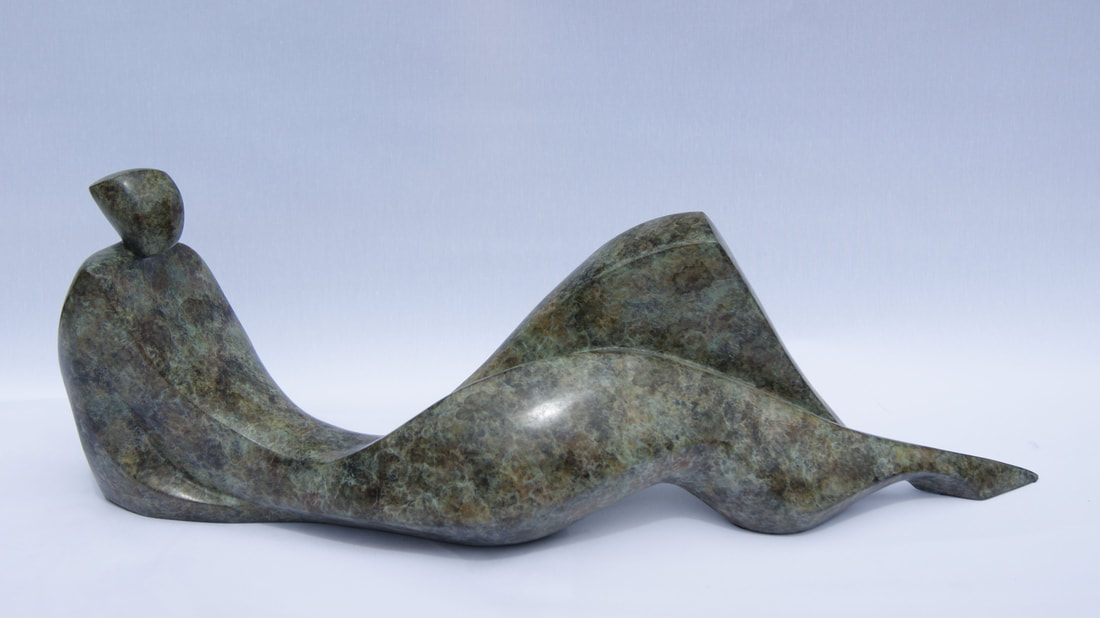 Sally studied Visual Art at university majoring in ceramics. This, combined with a love of life drawing, led to an exploration of the figure in clay.
​
Sally has been a professional sculptor for over 13 years. During that time Sally has exhibited at prestigious galleries nationally including the Royal West of England Academy and the Royal Birmingham Society of Artists.  Sally has received various private commissions and is collected all over the Uk, the United States, Egypt and Hong Kong. Sally’s work can be seen outdoor publicly at the Austwick Hall Sculpture Trail in Yorkshire, she has also exhibited at RHS Garden Rosemoor, National Trust Garden Overbecks and Delamore Arts in Devon.

The sculptures are expressionistic, semi abstract figures and heads, some quite small in scale, others large enough to be placed outside. Each piece starts with a clay model allowing a spontaneous fluid form to be captured, which is, after various stages of refinement, cast into bronze or resin. It often takes months to finish a piece to Sally’s high standard.

Emanating feelings such as contemplation or remembrance and increasingly exploring the relationship of the figure to landscape, Sally’s sculpture captures a range of emotion. The tactile and sensual figures leave a lasting impression, each piece having a fluidity that gives harmony and elegance.
Contact Details
​1 Madgetts Cottages
Tidenham Chase
Woolaston
Lydney
GL15 6PT